Little Steven and The Disciples of Soul at The Gothic Theatre in Englewood, CO on 11/30/18 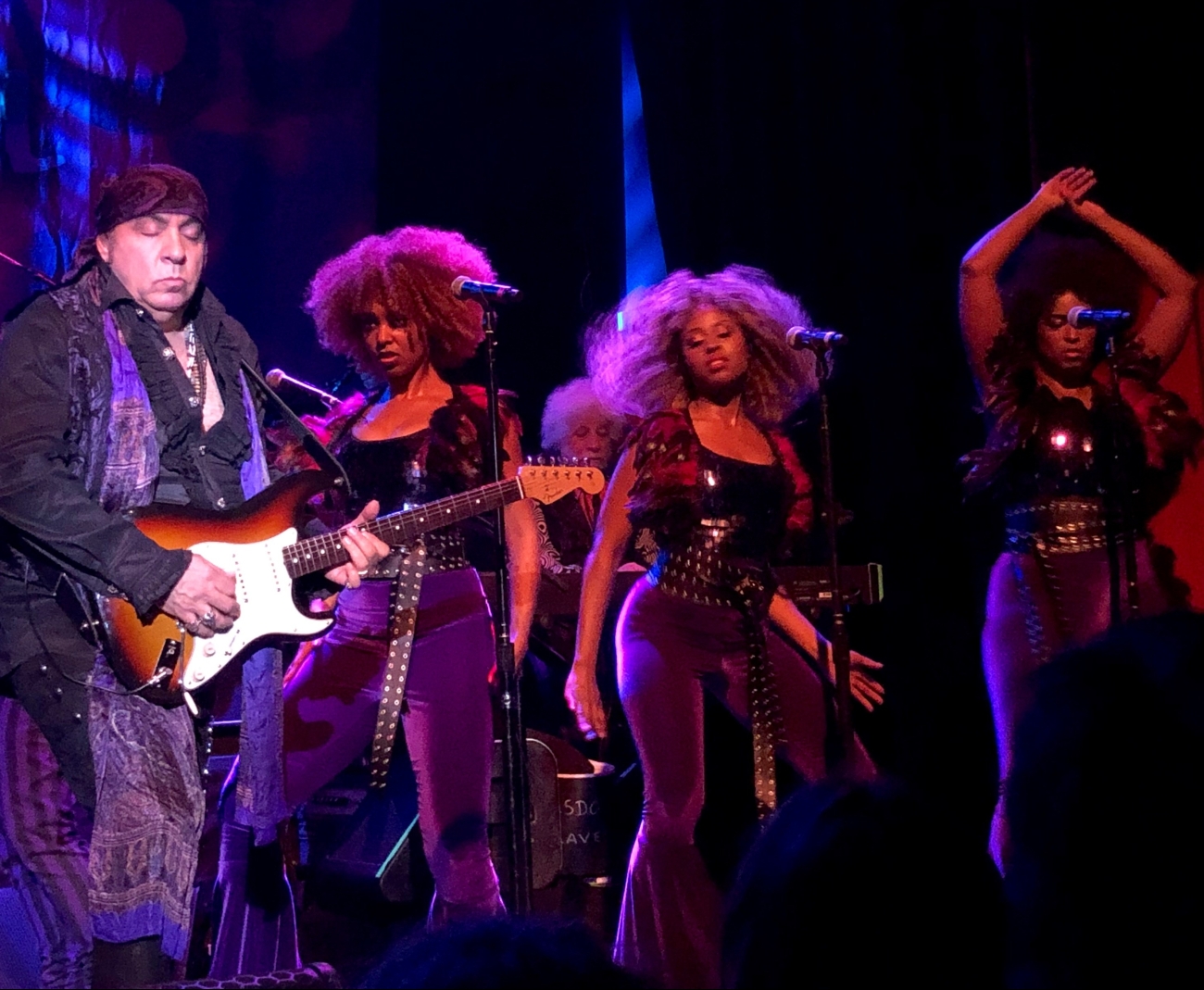 Steven Van Zandt aka Miami Steve aka Little Steven is a man of many talents (and names). He wrote, produced, and played guitar with Bruce Springsteen and The E Street Band. In the 1980’s, he led a protest against The Sun City Resort in South Africa to raise awareness about Apartheid. Additionally, Van Zandt portrayed gangster Silvio Dante in the HBO series The Sopranos. Recently, he started the TeachRock project that encourages students to learn through music. Bruce Springsteen, Bono, and Martin Scorsese serve on the foundation’s board. About 500 teachers (half the capacity of the Gothic Theatre) received a free seminar and concert on Friday night. I paid to get into the show. I wasn’t going to just let teachers have all the fun. 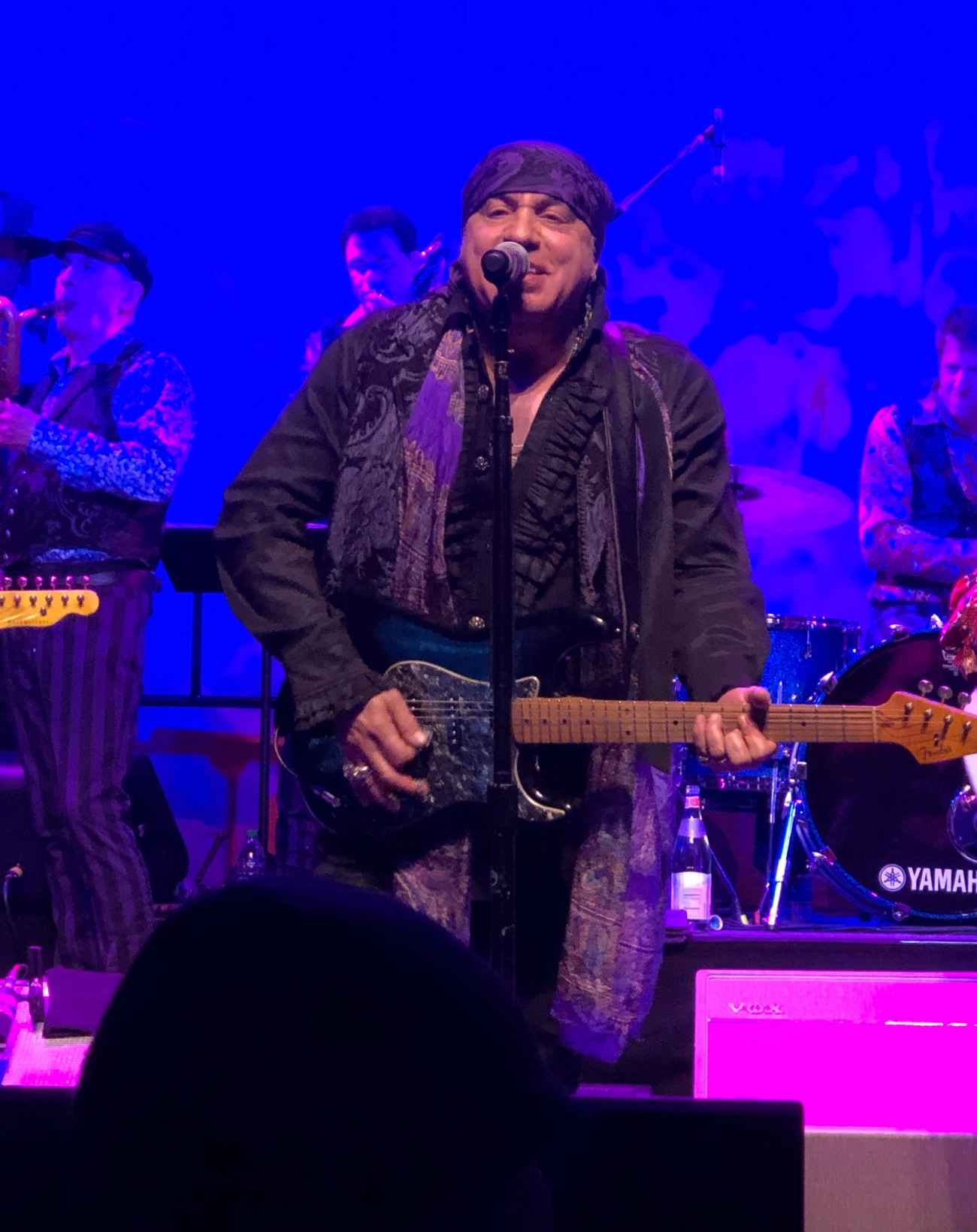 After working my way through the crowd, I found myself near the stage in a sea of math, history, and science teachers. Everyone smiled the moment Little Steven and The Disciples of Soul hit the stage with Arthur Conley’ Sweet Soul Music. The tune asks if the audience likes good music and name checks Lou Rawls, Sam and Dave, Wilson Pickett, Otis Redding, and James Brown. As an ode to the lead singer’s signature colorful wardrobe, the guys in the band dressed in floral shirts with purple striped pants and the glorious background singers/dancers had on low-cut black tops with purple crushed velvet pants. Van Zandt wore his signature babushka that he wears to cover scars from a car accident when he was a teenager. 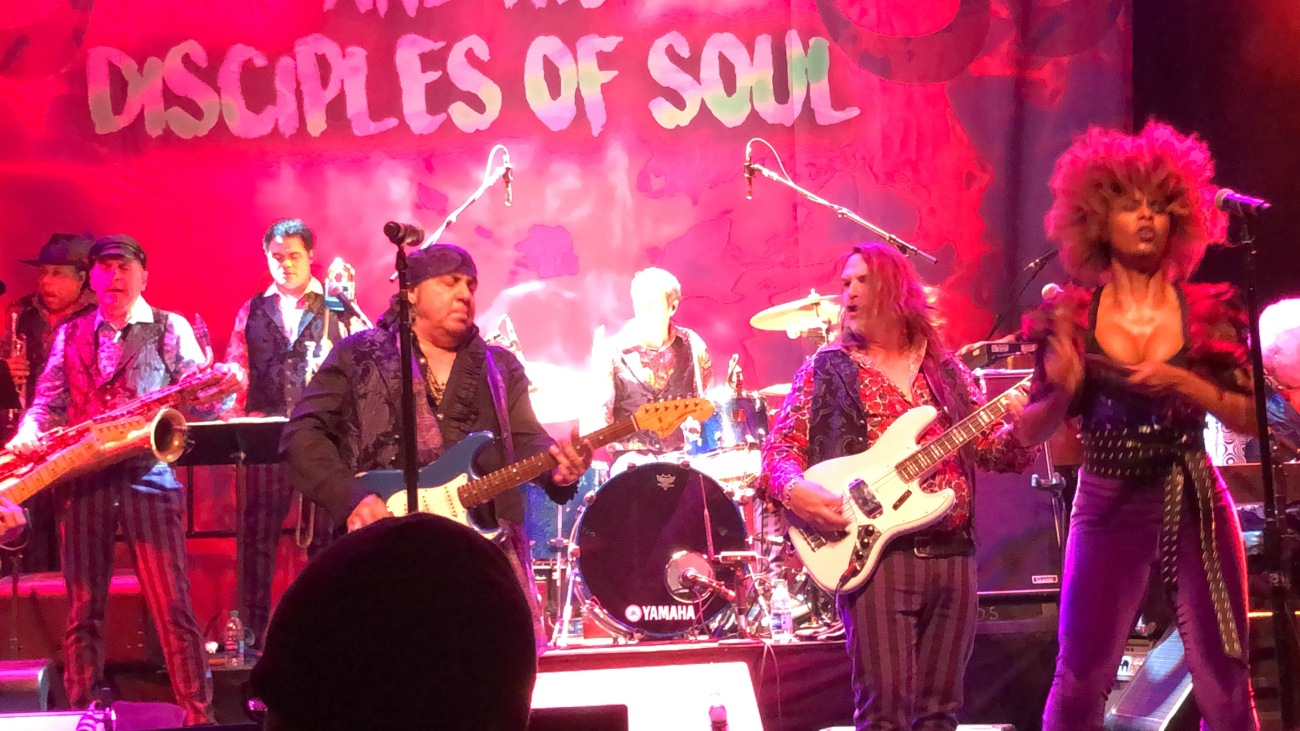 Little Steven and the Disciples of Soul

The fifteen-member band played for more than two and half-hours of high-energy rock and roll. Little Steven and the Disciples of Soul performed covers of Etta James, James Brown, both new and classic Little Steven material. The stage was so small (or the band was so big) the background singers/dancers had to stand on the side of the stage whenever the keyboard player did a solo. When a man passed out near the front row, Van Zandt became a medical advisor. The fallen didn’t become fully conscious until Van Zandt gestured from the stage to get the man some water. After the Gothic Theatre security commandeered a water bottle, the victim of gravity was able to get to his feet and out of the crowd. During the entire episode the music never stopped. 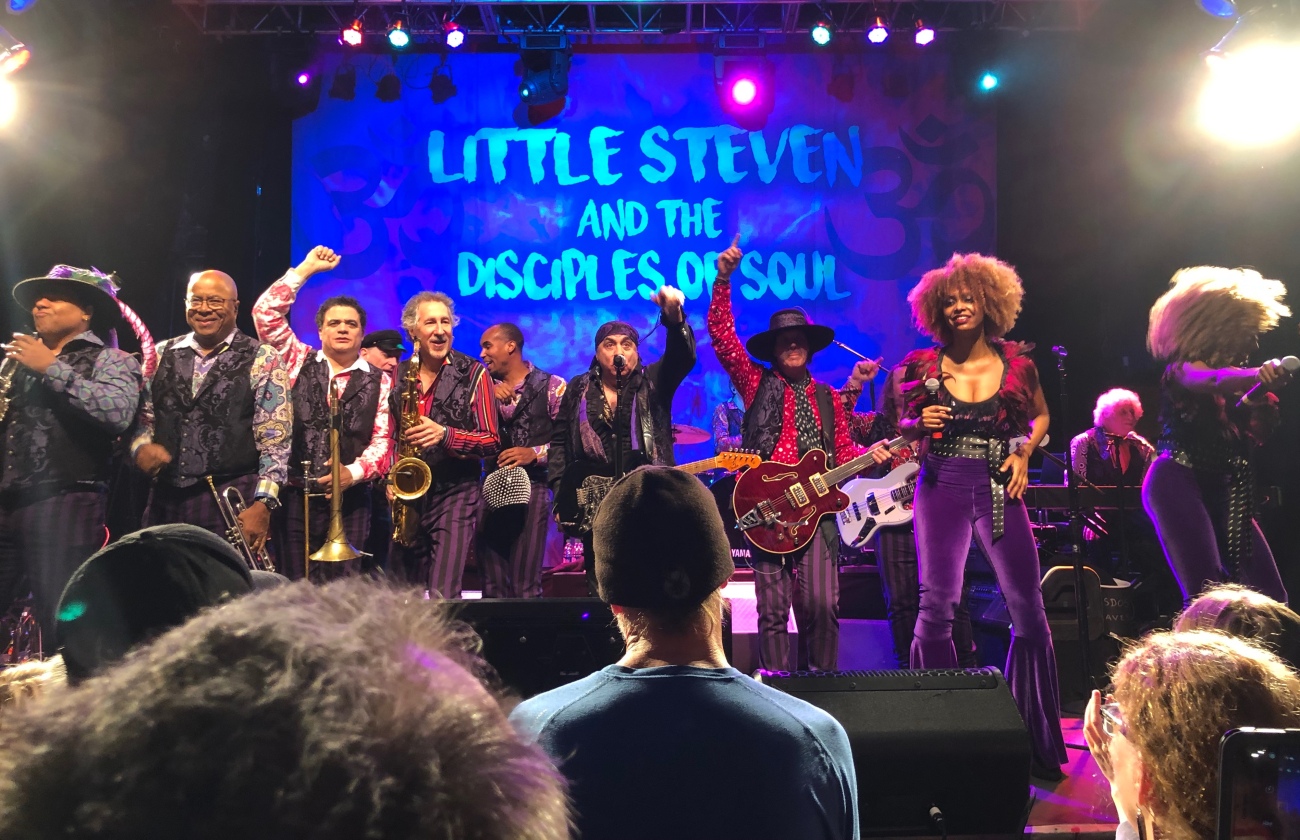 Little Steven and the Disciples of Soul

Van Zandt stated, “I used to bring the politics with me. But in the current environment we’re better off having an escape from the politics.” And it was a glorious escape. The encore was the appropriately titled I Don’t Want to Go Home and ended with the hopeful Out of the Darkness.

See you at the next show. I’ll be hanging out with a bunch of teachers wearing a babushka.