Margo Price and William Tyler at the Bluebird Theatre in Denver, CO on 10/24/16.

Forgoing seeing the Denver Broncos play on Monday Night Football, I headed down to the Bluebird Theatre to witness what Modern Traditional Country Music sounds like… It sounds like Margo Price. The audience was a mixture of cowboys in their black hats and plaid shirts, women in their skirts […]

Waiting for the band to start, I found myself in a sea of overly self-medicated young people. After asking one of them to politely refrain from leaning on me (I had a seven dollar beer to protect). I was told I was too old to be there.  Then […] 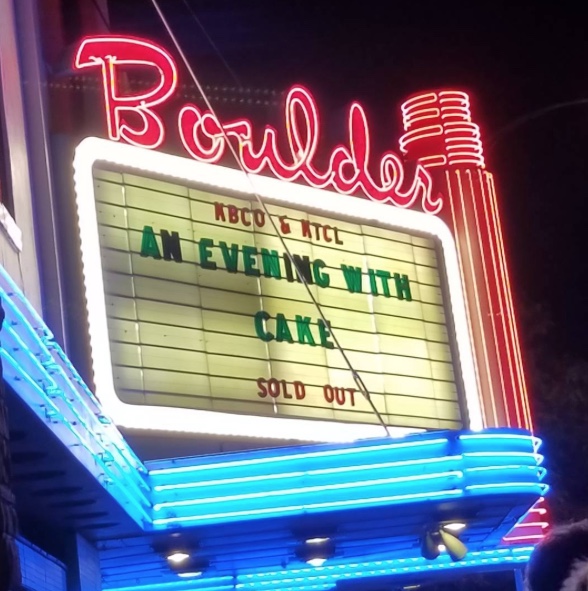 CAKE began in the early nineties when Grunge was still dominating the airwaves. Instead of mumbling guys in flannel shirts, CAKE’s music had humor, trumpets, and a vibraslap (a percussion instrument that sounds like a rattlesnake with rhythm).  Their music crosses many genres.  They have covered Disco – Gloria Gaynor’s I Will Survive, Country – Kenny […]