Allen Stone and Nick Waterhouse at the Gothic Theatre in Englewood, CO on 12/07/18. 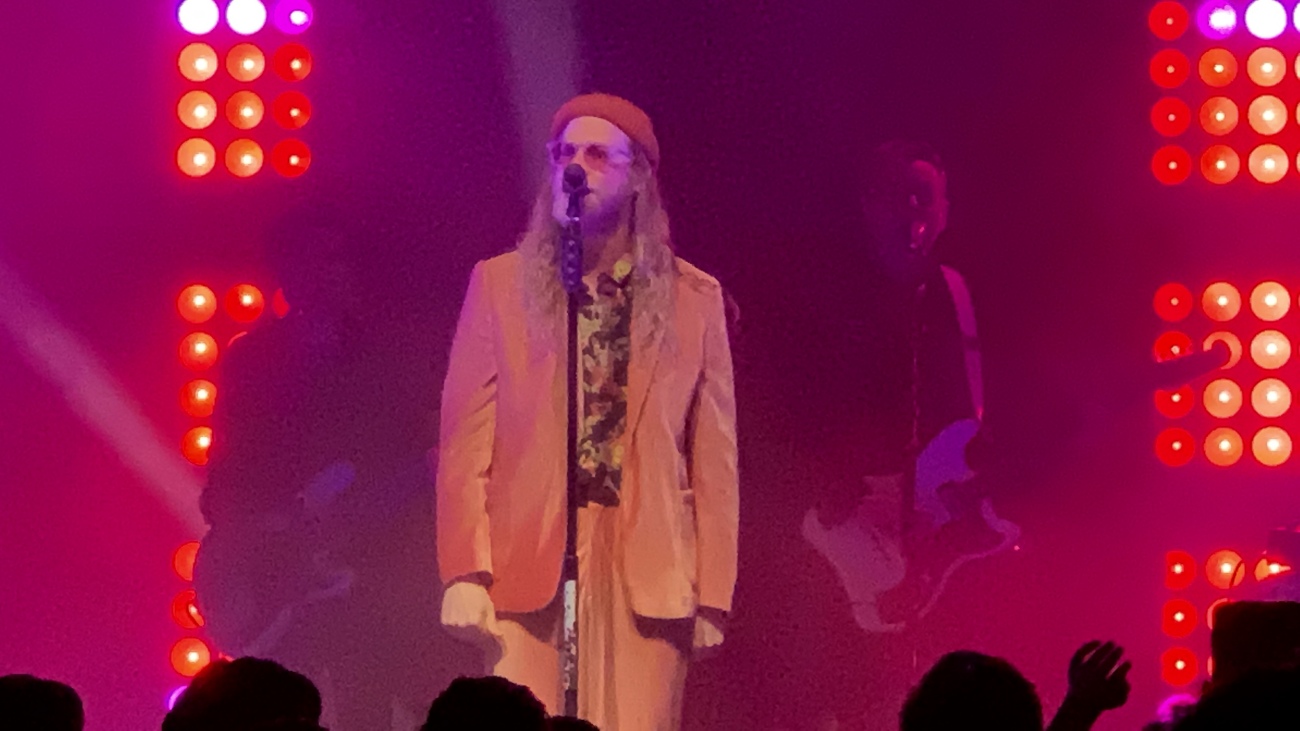 Allen Stone – All Photos by The Rock and Roll Princess

Friday night was the first time Allen Stone has sold out a show in Denver. The soul singer is attracting a bigger audience recently after years of opening for legendary acts such as Hall and Oates and appearing on television shows like American Idol, Ellen, and Conan. The Washington state native started singing at church at an early age (his father is a preacher). After getting exposed to the soul music of Marvin Gaye, Aretha Franklin, and Stevie Wonder, Stone was inspired to pursue a career in music. New audiences are alway surprised when a powerful soulful voice belongs to a longhaired bearded hippie wearing glasses. 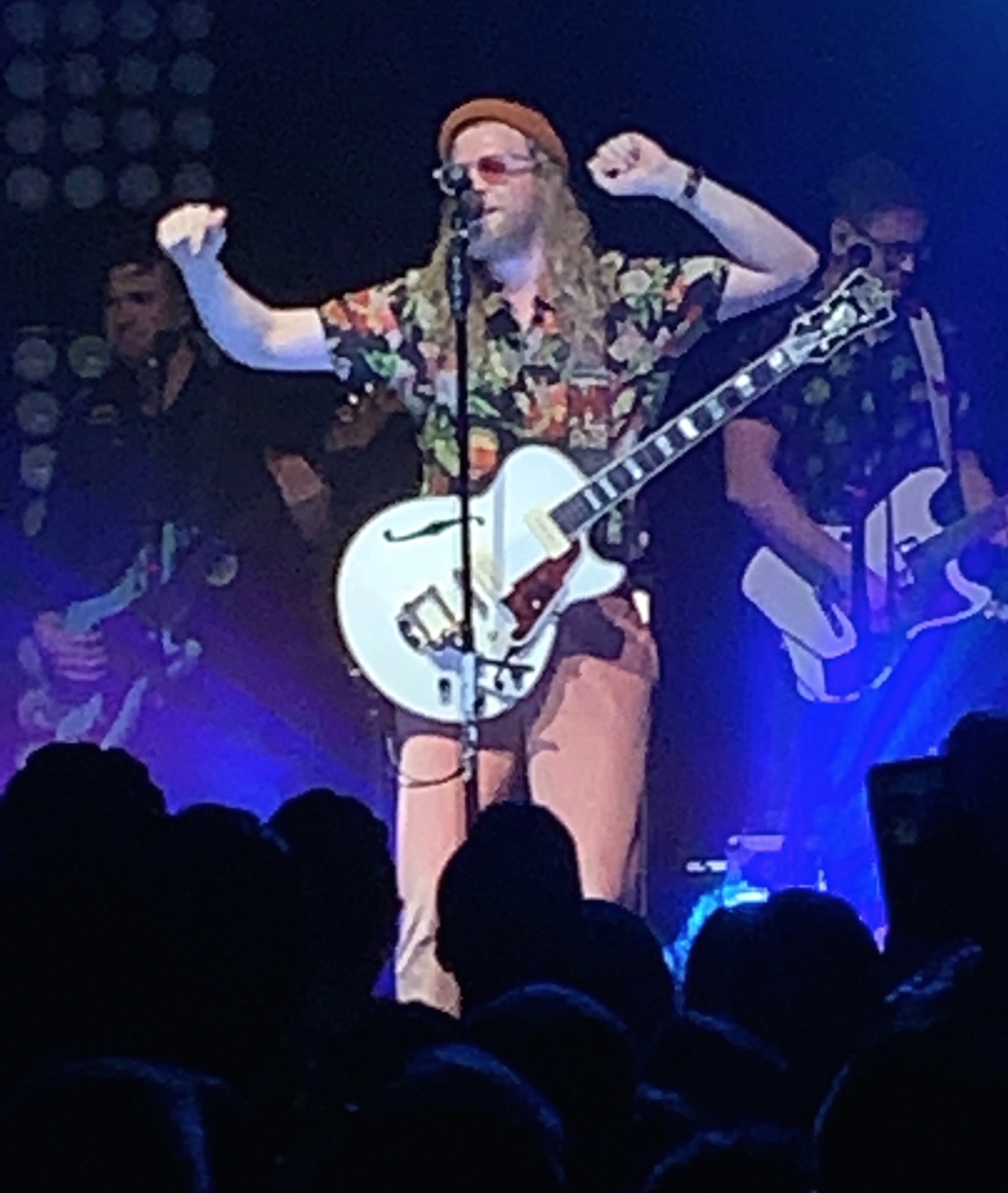 The show kicked off with the band playing in the dark while Stone suddenly appeared in the spotlight wearing an orange sherbet colored suit with a matching beanie. He started with his latest single Brown Eyed Lover while gyrating his hips with the occasional karate kick (a little something for the ladies). The audience started to dance when Stone sang, “I’ve got a brown-eyed lover/On the other side of town/I don’t wanna keep her waiting/She’s got me upside tongue-tied./Twisted all around.” The high energy continued with the songs Upside Down, Perfect Word, and Voodoo.

The band left Stone alone only with his guitar to perform the heartfelt ballads Circle, Bed I Made, and Give You Blue. Allen Stone expressed how he fights off depression and the bleak news with positively. It was so inspiring the drunk girls behind us almost stopped talking.

His band came back and got the crowd dancing again to the party songs Freedom and Contact High. While the band were taking solos, Stone slipped away to change into blue coveralls (a little something more for the ladies). The encore started with The Police’s Message in a Bottle with the band moving and grooving to the reggae beat. The show ended with Stone throwing his beanie into the audience and singing Warriors. It’s the song he performed at this year’s Special Olympics opening ceremonies. 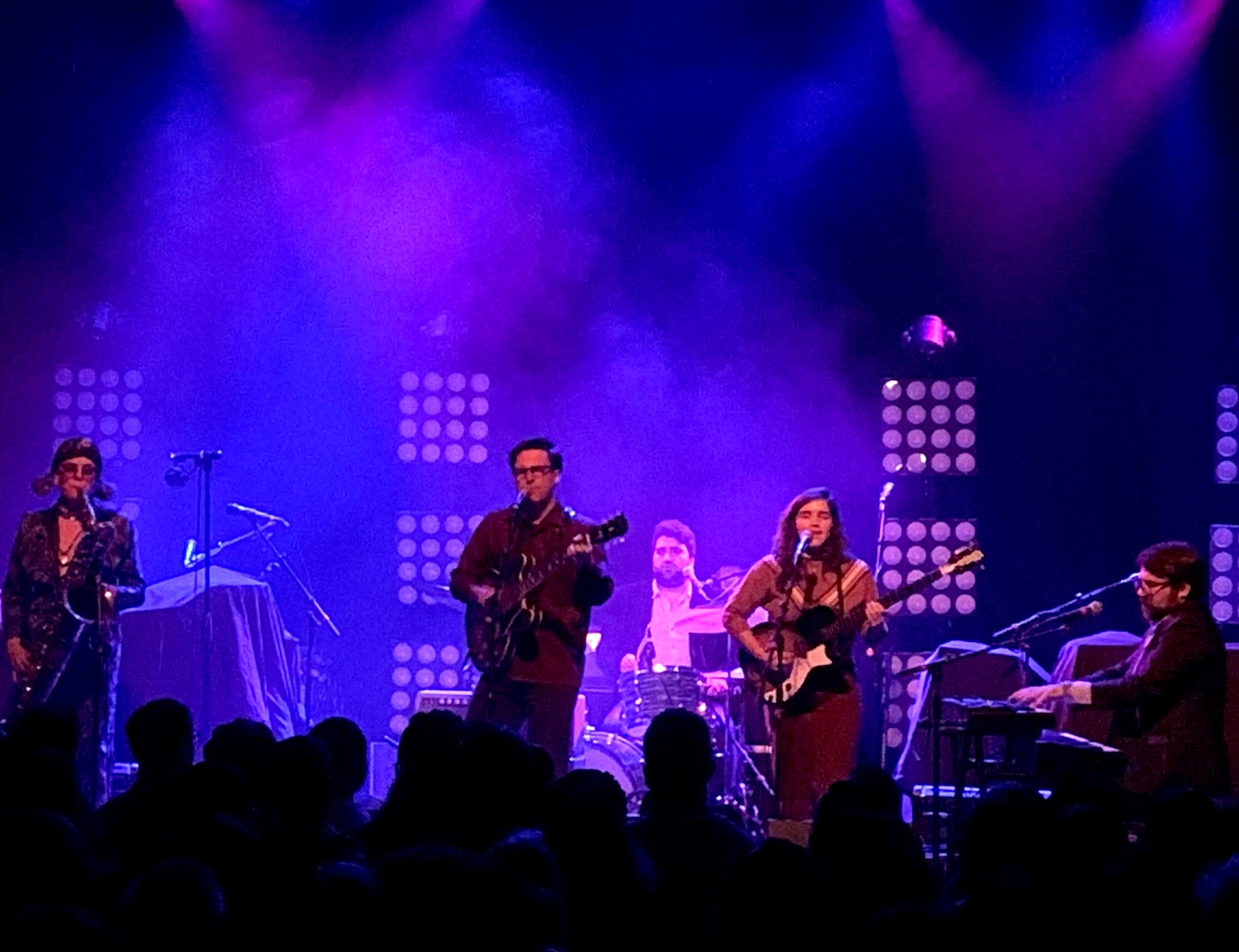 Nick Waterhouse and his band

Los Angeles rhythm and blues singer Nick Waterhouse was the opening act. He led his band through a retro sounding set of original music. Waterhouse’s song Ain’t There Something Money Can’t Buy featured in the Magic Mike XXL movie had his band misspell money, “M-O-N-N-E-Y” during the chorus (I blame the current state of this country’s educational system). The band performed a doo-wop song Waterhouse co-wrote with fellow soul singer Leon Bridges entitled Katchi. It translates as “loving touch” from an old Louisiana Indian term. Barton sax player Paula Henderson was definitely the band’s secret weapon. Her playing had the tunes sound uniquely vintage and modern at the same time. She was dressed in a paisley jumpsuit, military hat, and sunglasses with pig-tails. Waterhouse described her as “looking auspicious.” While leaving the stage, Waterhouse invited the audience to join him at the Skylark Lounge at midnight. That’s where he played a DJ set spinning vinyl into the morning.

See you at the next show. I’ll be the one in the orange sherbet colored suit contemplating the real meaning of the word katchi.