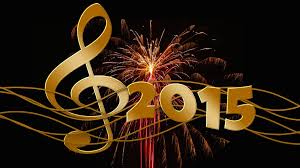 Looking back at 2015, there has been numerous show moments that changed my life.  Okay.  Nothing that dramatic.  Let’s just say they still make me smile. I have narrowed it down to five. Please keep in mind that I don’t usually see big stadium shows and my taste is a little left of center. So drum role please……….

5.   Diane Coffee, Ogden Theatre, 10-28-15 – Shaun Fleming, the former drummer of Foxygen, now has his own band named Diane Coffee. Fleming has stated, “He is Diane Coffee. His band is Diane Coffee.  We are all Diane Coffee.” Their Psychedelic Motown Brand of Music was hypnotizing.  Fleming has an amazing vocal range, funny between song banter, and danced throughout the set with a recently broken foot.  You could see the pain in his face as he ran across the stage all in the name of rock and roll.

4.  The Kids in the Hall, Paramount Theatre, 6-6-15 –A Canadian Comedy Troop reunited for a rare tour. You might know them from their HBO Show that aired from 1988-1995.  The Kids in the Hall (now way too old to be kids) opened their live sketch show wearing wedding dresses. They took turns telling the audience why it was a good idea for a man to wear a wedding dress on a daily bases. Bruce McCollock stated, “I wear a wedding dress to punish society.”  Proving that comedy can be as punk rock as any music act.

3.  The Darkness, Summit Music Hall, 10/16/15 – Justin Hawkins leads one of the best remaining live rock acts. Their most recent work is a concept album about Vikings and it’s amazing (not to many bands can pull that off). Hawkins can hit high notes like Freddie Mercury and tell funny stories like Russell Brand.  When he rode on the shoulders of a bouncer while shredding on the guitar, I got inspired to start this blog.
2.  Sleater-Kinney, Ogden Theatre, 2/12/15 – I only knew singer Carrie Brownstein from her work as a journalist for NPR and an actor from the television show Portlandia.  When I heard she was in a band before any of that started, I was intrigued. Reunited after a nine year break, the trio did not disappoint. The most memorable part of their performance was when band-mate Corin Tucker performed “Gimme Love” with such power chills went down the spine of everyone in the audience.
1.  Nathaniel Rateliff and The Night Sweats, The Hi-Dive, 8/24/15 – There is always a show every year you hear about that is impossible to attend. The planets aligned that day and a friend scored me a golden ticket for the local soul band breaking big. Rateliff wanted to give back to the 300 person capacity club that supported him throughout the years. I have never seen a band so happy and an audience so appreciative. It was only a 45 minute set, but the crowd singing along to their hit “S.O.B.”(Rolling Stone’s 19th best song of 2015) is still echoing in my head.
Everyone here at Old Man at the Show Headquarters wishes you a Happy New Year.  See you at the next show.